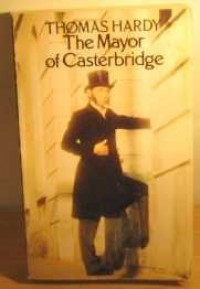 Well you’re all going to die of not surprised when I tell you my classic antihero is Michael Henchard from The Mayor of Casterbridge.

Look, when you get drunk and sell your wife and child to a passing sailor, you know damn well that karma is going to sneak up behind you and bite you on the arse. It might take 25 years, but believe me, it’s going to happen.

But I love Michael Henchard because if it wasn’t for that pesky karma, he could have been a hero rather than an antihero. He bitterly regrets what he did and spends years trying to make amends. He searches for his wife and child, but finds out they had left the country the following day.

He takes a pledge of abstinence, becomes a pillar of the community and rises to become the Mayor of Casterbridge. And that’s when karma comes calling. Every time Henchard tries to do the right thing, his past catches up with him and brings him down. And keeps on bringing him down lower and lower. Until he’s at rock bottom. And this being Thomas Hardy, once you hit rock bottom, there’s only one way out.