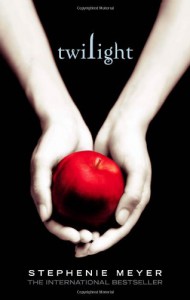 “Harry Potter is about confronting fears, finding inner strength and doing what is right in the face of adversity. Twilight is about how important it is to have a boyfriend.” - Stephen King

“I prefer women who kick ass and don’t get their ass kicked!” - Jackie Collins

Oh god, where to begin with this hot mess of a book?

For starters, we've got Bella Swan (beautiful swan, seriously? Ugh).  I loathe the 'shy girl who doesn't realize how gorgeous she is' trope.  It's just so tired and trite, and it makes me want to go on the rampage with a cricket bat.

And not only is she a total Mary Sue, but she has also got to be the worst female role model in the history of literature.  What an absolute wimp. Honestly, I've seen Charles Dickens heroines with more gumption than she has.

Hey, and let's not forget sparkly, control freak, stalker-boy Edward.  Instead of thinking he's perfect boyfriend material, Bella should be taking out a restraining order on him.

In fact if she's so dead set on having a boyfriend, because obviously being single is just so awful (oh, sorry; was my sarcasm showing?), she should date this guy rather than Edward.

Hell, even Count Duckula is better than Edward. At least he doesn't sparkle.

I had high hopes for this book as I've always enjoyed a good vampire story. Unfortunately Twilight is about as far removed from that as you could possibly get. It has no redeeming features whatsoever, and to add insult to injury it spawned the equally execrable Fifty Shades of Grey.

I didn't bother reading the rest of the books in the series.  This one was more than enough. If you want a decent vampire tale, go and read Bram Stoker's Dracula or Anne Rice's Interview with a Vampire instead.