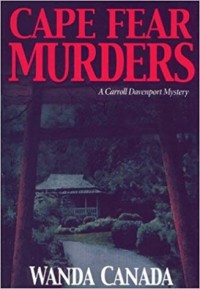 Staying out of trouble isn't a challenge, except when your Italian ex-father-in-law is involved with organized crime, the man in your life is a former FBI agent, and you have a penchant for finding dead bodies. In the past year, contractor Carroll Davenport's life was turned upside down when she found herself in a maelstrom of corruption and political intrigue. In search of tranquility, she begins volunteering at a local public garden.

Carroll thinks she's finally put her detective days behind her, until she stumbles across an indiscreet crime scene in the Arboretum's teahouse. As if finding the bodies of a well-known local politician and his latest flame isn't bad enough, Carroll's day just goes downhill from there. She arrives home to the news that heartthrob Ben Satterwhite is lost at sea. Then Davis, her young friend and part-time employee, turns out to have leads that might help expose the perpetrator, but the information doesn't come without a price. Suddenly Carroll is unwillingly drawn back into the kind of predicament she's sworn to avoid.

Sheriff Stan Council thinks that getting her out of town is a fine idea, before he learns that she's off to attend a Vitelli family funeral. She thinks he's just being overprotective, but nothing could be further from the truth. When an attempt is made on her life, she doesn't know if it's related to the Mob or to the murders. The danger escalates when she returns home, with one disastrous event after another. Someone is determined to destroy the life she's worked so hard to build, but who? And is Carroll next on the killer's list?

I was at the Arboretum just the other week. Didn't find any bodies in the tea house though.