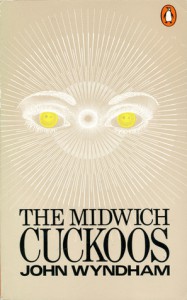 …we have lived so long in a garden that we have all but forgotten the commonplaces of survival…If you want to keep alive in the jungle, you must live as the jungle does.

The Day of the Triffids may be better known, but my favourite Wyndham book has always been The Midwich Cuckoos. It was the first book of his I ever read, and I thought it was decidedly unsettling. All the inhabitants of a quiet English village lose consciousness for 24 hours and not long after it is discovered that all the women of childbearing age are pregnant...

And do the children grow up to be fine upstanding members of the community? Well when you've got white-blonde hair and glowing golden eyes, not to mention a hive mind, telepathic powers, and you can compel people to drive their cars into trees, or shoot themselves, you're not going to waste your time with the village amateur dramatic society are you? 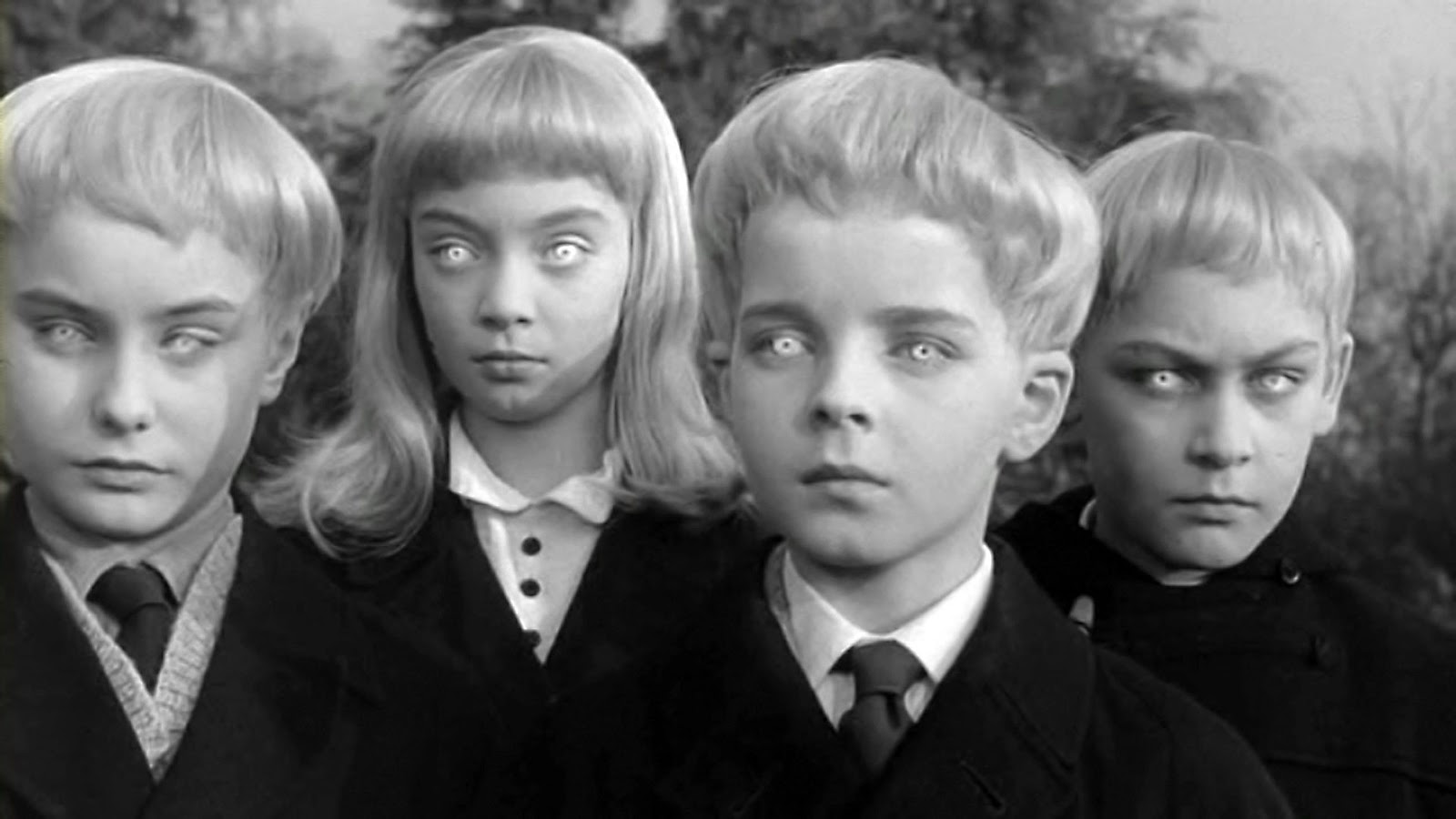 And brilliantly parodied by The Simpsons with 'The Bloodening' . 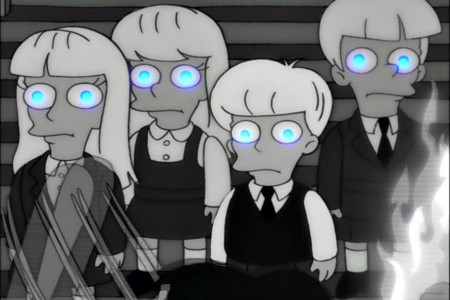