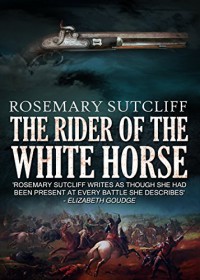 Finally! It’s 1644 and we’ve got to the Battle of Marston Moor, which was a crucial battle in the English Civil War. It cemented Oliver Cromwell’s reputation as a cavalry commander and leader, and it pretty much meant the Royalists lost the North. Seriously, we northerners are chippy buggers and have always disliked being told what to do by upstart royalty. The battle of Hastings in 1066 might have gone very differently if Harold hadn’t first had to go to Stamford Bridge near York to put down a Northern uprising.

I’m really enjoying this book. It spends a lot of time on political machinations and battle strategy (I have a map and Wikipedia to hand so I can keep up with who’s who). But it’s also a love story. The relationship between Thomas and Anne Fairfax started as a marriage of convenience, but slowly became a love match between two rather undemonstrative people. And there’s a ginger cat. All books are better with ginger cats. 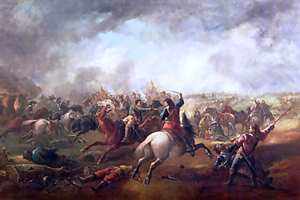 The Battle of Marston Moor by J Barker