I thought I'd stick with the crime theme for this one, and I've chosen the first book in Boris Akunin's excellent series set in 19th century Moscow and featuring eager young detective Erast Fandorin who while investigating an apparent suicide, accidentally stumbles over a plot for world domination.

"A wondrous strange and appealing novel...elaborate, intricate, profoundly czarist, and Russian to its bones, as though Tolstoy had sat down to write a murder mystery." - Alan Furst 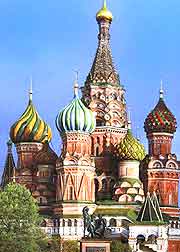